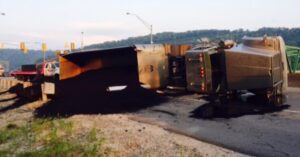 Is truck driver total and permanent disablement insurance needed for all coal truck drivers? There is no doubt that Australia holds coal mining as one of its thriving industries. Primarily located in New South Wales, Queensland and Victoria, coals are usually utilized to generate electricity and as export to various Eastern Asian countries. With millions of tons in export, hauling coal via trucks from mining companies to shipping areas across the region has also become in demand all these years. However, this aspect does not negate the fact that coal has always been a known hazard to health.

The Perks And Drawbacks Of Coal Hauling

Coal hauling also does not cater to shipping companies for export alone. Distribution to various industries is also a thriving area for truck drivers to pursue. This includes power plants, cement producers, iron/steel industries, thermal heat contractors, and factories or manufacturer using steam-coal fuel to produce goods and commodities. Shipments done on a daily basis can provide staggering income for truckies generating astounding earning potential for them. With Australia not cutting down on their carbon emission anytime soon, it only goes to show that truck drivers will continue to be in demand in this particular hauling arena.

Like everything else, coal hauling does not come without risks and hazards. Some of the most known ones are road accidents particularly collisions inside worksite to anywhere. Collisions and rollovers in mining sites, for instance, have long been a concern in the industry. Noise, dust generation and other environmental concerns have also been a constant lamentation by the general public. So do maintenance issues, traffic safety and security. Add to that the growing agitation brought by climate change advocates in the pursuit to lower carbon emission to the environment.

When it comes to Australia truck driver total & permanent disablement insurance, certain inherent risks often put not just the vehicle but also a driver’s life in jeopardy. Concentration level of methane emission, for instance, can heighten leading to explosion. Coal is a highly combustible material that it can also be lit with naked flame or even with a spark. Spontaneous combustion is also a common occurrence in coal hauling. So does excessive corrosion to vehicle property.

Other notorious health hazards that often put coal truck driver on high risk status is black lung disease or pneumoconiosis, coal dust explosion and roof collapse during loading, and so on. Coal dust can be lodged in a truck driver’s lungs leading to premature death of tissues and cells of the body. Dust explosion and roof collapsing on truck drivers along with miners while loading commences is another common hazards. These hazards sometimes make drivers lose not just limbs but also lives. Think spinal cord injuries, hearing loss, soft tissue damage or fractures which can bring total incapacity for life–and you get the idea on why total and permanent disablement insurance is considered a must-have by coal truck drivers.

In all these, it is crucial to note though that premium payments for total & permanent disablement insurance Australia policy can be steep for coal haulers. Coal hauling has always been considered a high risk job by many. The higher the risks often means the greater the hazard. However, the key is to find the right insurer who can create a tailor-fit coverage to protect you. To learn more about insurance and financial planning, a quick call on our hotline or by sending a request for consultation must be prioritized.

Are you sure you want to exit Instant Quote?

We’re sorry but the occupation you’ve selected requires more information for us to generate a quote. Please contact our office on 1300 815 344 for further assistance or request a manual quote and we’ll send you an email with the proposal forms we need completed in order to obtain your quote.